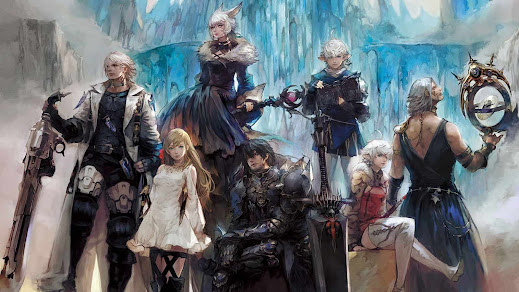 FFXIV was released on September 30th, 2010 but commercially failed. After the relaunch in 2012, it has since received generally positive reviews. However, many reviewers noted that the game had significant bugs and glitches at launch, and some felt that the game's overall design was too similar to other MMOs. Despite these criticisms, FFXIV has remained popular, with a large and active player base. In recent years, the game has seen several major updates and expansion packs, which have significantly improved the game's overall quality.

FFXIV is a massively multiplayer online role-playing game (MMORPG) set in the fictional world of Eorzea. The game was originally released for Microsoft Windows in 2010 and has since been released for the PlayStation 3, PlayStation 4, and Mac OS X. Square Enix publishes the game, and Naoki Yoshida oversees its development.

The game takes place in the fictional world of Eorzea, which is divided into several city-states and regions. Players take on the role of an adventurer who chooses one of several classes, each with its own unique skills and abilities. Players can complete quests, explore dungeons, and battle monsters as they adventure through the world. The game also features several PvP modes, including player-versus-player combat and large-scale battles.

Since its release, FFXIV has generally received positive reviews. Critics praised the game's visuals, music, and world design but criticized its buggy launch and lack of originality. However, the game has been praised for its continuous improvement since its launch, with regular updates and expansion packs adding new content and features. As of 2019, the game has a "Very Positive" rating on Steam.

According to current reports, Square Enix's third-quarter financial performance grew by 22% to 50,000 Million Yen. The business claimed that a rise in users subscribing to the game, in-house content sales, and sales of in-game characters are the key drivers of the recent expansion package sales. Sales for FFXIV totaled 211,622 million Yen, an increase of 4% from the previous year. Additionally, operating income totaled 49,425 million yen, up 17.1% from the prior year. This indicates that the game has developed into a worldwide phenomenon because of the sales of Endwalker and Shadowbringers.